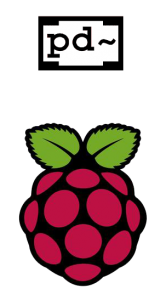 You wouldn’t necessarily think that a $35 computer was a good choice for running the audio-focused visual programming language Pure Data, but it turns out to work really well. We got a great demonstration of that on Sunday 2/10 at the Pd Patching Circle. 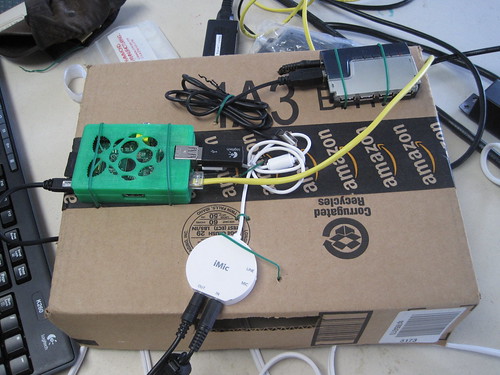 Note the clever prototyping enclosure. He tie wraps all the devices to the top and the power supplies (Raspberry Pi and powered USB hub) to the underside, so there’s just one power cord. He uses an iMic USB audio interface (others will work as well) to hook up his guitar and output audio. Since one of the USB ports is taken, he uses a bluetooth keyboard and mouse from Logitech. The iMic has a line/mic input selector switch. The Raspberry Pi case was 3D printed at CRASH Space.

The only trick is you have to slow the USB speed to 1.1 in order to get audio input and output to work. To do this, edit the file /boot/cmdline.txt and add “dwc_otg.speed=1”. Once you do this, you may find that a USB keyboard will no longer work connected directly to the Pi (and may even crash it). 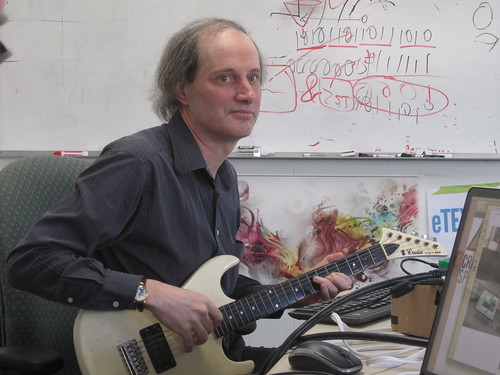 Because it’s running Pd, it can be made into any kind of effect filter. Miller showed us a few simple examples, such as reverb, wah-wah, and distortion.

Composer Julian Brooks used the rig to show PicoJockey, a Pd patch that does beat slicing of samples. 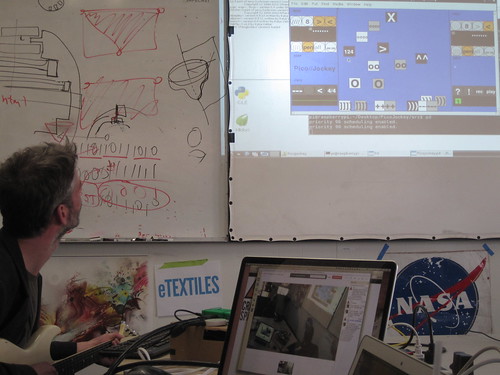 It has a really intuitive interface. All those boxes are controls that you drag around to change the mix, tempo, filters, etc. 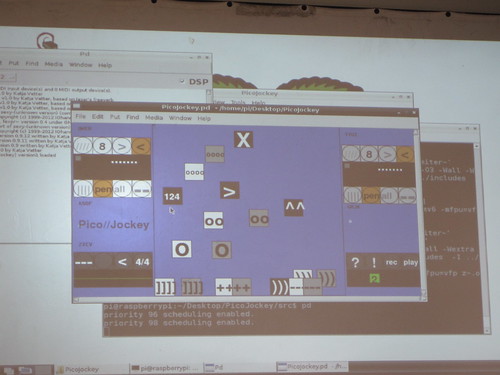