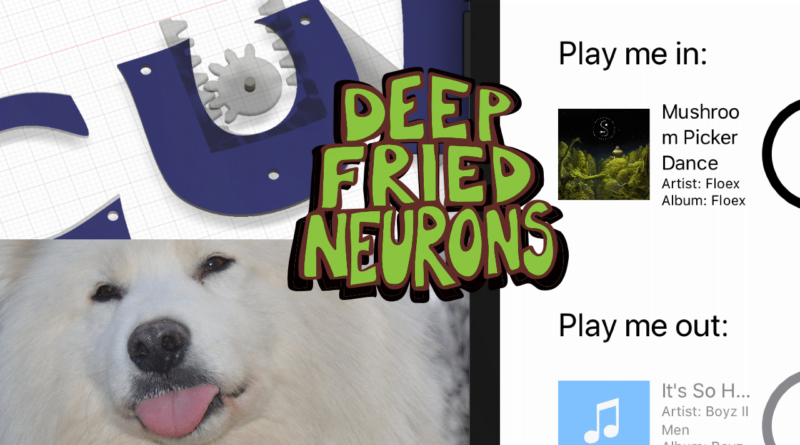 It’s been quite a week, with travel and helping my folks and whatnot, so I didn’t get all of the mechanisms modeled for my mechanized word, but I did get as far as curio, which is better in some ways; now i have a motorized curio. Half of me wants to skip curiosity and just stop here. 🙂
So far there’s a scissor mechanism, a mangle rack and pinion, a bell crank, and the starts of a piston and a pulley. I’d love to be able to drive these all with a single motor, but i’m not sure that’s going to happen in the time I have available, so for now I’m just trying to get the movement happening. There will surely be more challenges once I try to get the thing out of the computer and into the real world.

I wasn’t able to do too much work on my TouringMachine synth module, But one of the benefits of having a easily-generated CAD model of a PCB with components, is it becomes possible to test possible interference and clearance of connectors and cables. In this case I was worried the Eurorack power cable (2×5 IDC connector) might interfere with the micro-USB plugged into the ItsyBitsy M4. So far looks good. So I sent the board to fab and should have some to play with next week.

I played both with playing system sounds and loading audio files. The first two mostly stand alone as their own thought while the remaining 5 really build up to the last one.