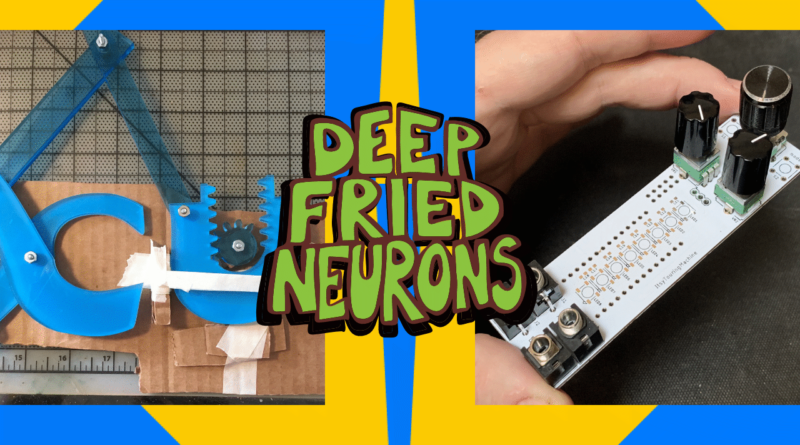 Last week I submitted PCBs to be fabbed and got them back this week. They look pretty good! I’ve not soldered anything down yet but the footprints are all good except for the rotary encoder mounting holes. The Eagle part I used has them at 2.05mm but they need to be 2.4mm. I need to track down where I got that footprint because it’s clearly wrong. In the next few days I’ll be soldering it up in sections and testing them out. On the UI front, I’ve been using my “knobtester” board and a small neopixel strip to explore UI thoughts. It’s been fun. But otherwise not much movement on this project, so please enjoy this little chill jam I did instead of working on it, and ostensibly part of the “30 sounds” effort.

So I my stated goal last week was to learn more about creating visual styles so I could add some pizazz to future apps. While noodling around, I learned about the 105 year old artist Carmen Herrera via a tweet by @womensart1

She had and exhibit at the Whitney and a documentary made about her all after she turned 100.

She inspired me to learn how to draw using SwiftUI primitives by attempting to some of her paintings. Next (month)… her sculptures?

Please join me in welcoming one of the most sketchy looking in-progress projects ever! I finished the model in Fusion 360, and then began lasering letters. C and U seemed like a good first outing. I do intend to have a real background for this, but cardboard was sufficient to get at least an inkling of how well it would function. The answer: kinda. It needs work, but that’s to be expected. I’m excited to see any of it moving in person, regardless of how much it looks like my first car, held together with bailing wire and duct tape.

I should hopefully have enough acrylic to do the rest of the letters in blue, and switch the background elements to clear or at least a different color to make the word a little more visible. I did consider (am still considering) changing the colors for each letter. We’ll see.