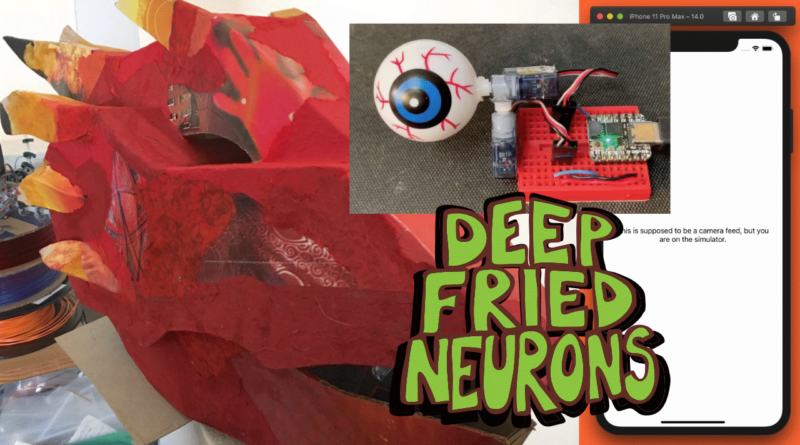 Video by Kurzgesagt: The Egg – A Short Story, which is one of the few youtube videos that made me actually stop and think for a while after watching it.

Waveform magazine is the style of magazine that reminds me of the magazines I loved as a kid. It’s about music, electronics, and building music electronics yourself. It has schematics! And they create kits of some of their article projects so you can both help them out financially and build a neat gadget.

More than anyone wanted to know on the difference between Sweet Potatoes, Yams and Potatoes

I’m downscaling my ambitions for the month to focus on making a SwiftUI based program that puts a mask on a face. The first “mask” involved is wrapping an older frame work, UIView, inside a view that can be managed by Swift (example). That took some doing this week. Why so slow? The important thing to me is that I don’t just want to use someone else’s code, my goal is to understand what every line is doing.

After using Python for a decade, I’ve decided to finally get better at it. I think diving into CircuitPython will be a nice scaled-down universe to learn to write concise “Pythonic” code. For hardware I’m using Adafruit’s new QT Py board and CircuitPython’s new ESP32-S2 support. And for a theme this month I want to do “spooky circuits”, sort of a callback to my Spooky Arduino class from 2006.

I’ve been working on a “QT Py Tricks” page on github, where I’m cataloging for myself how to do basic microcontroller things in CircuitPython, in the even more reduced footprint that the QT Py and Trinket M0 boards provide (they don’t have the extra flash space that enables about half of CircuitPython’s abilities, e.g. see the support matrix)

Here’s two of the spooky projects I have so far: a tiny fire simulation and a scary servo eyeball. For the code, check out the QT Py Tricks page. Stay tuned for more!

For this month’s Halloween theme, I’m going DRAGON. I’d already begun this dragon head, and have thoughts about other elements to add to a full costume for it, so that’s what I’m doing!

The head was prototyped small with paperboard to get an idea and make a pattern, then built big with corrugated cardboard and a slew of interior cardboard supports, and a ton of hot glue. The outside is decoupaged handmade papers (not by me) and cutouts from old magazines. At the time of this post, it’s still in progress, but I’m also planning to add some painted details on the outside and lights in the eyes.

One thought on “DFN Happy Hour No. 22: Halloween Projects Part 1”