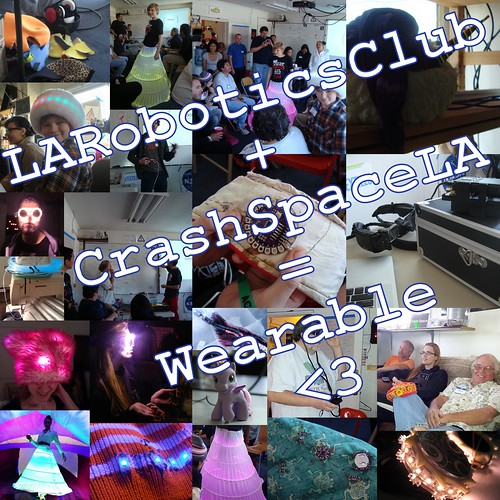 We organized and hosted the LA Robotics Club this past Saturday Jan 19th for a Wearable Electronics Meetup. They’d been expressing interest in wearable electronics for quite awhile and it was a good excuse to open the space on beautiful Saturday afternoon. 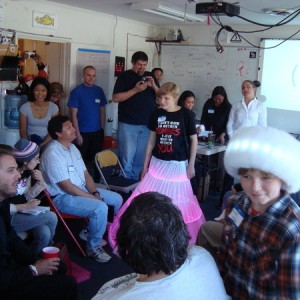 We started will minimal expectations of an informal meet and greet, but around 70 people came. We had nearly 100 rsvps from different sources leading into the week of the event. free events are hard. arguably more work because you never know how many people will show up. The last thing I wanted to do was rent a room and not fill it… So, we went for it. we packed ’em in tighter and brighter!

KTTV a representatives were in the house watching the demos and talking with folks. Their film crews showed up after spending the morning down the road with our LAMakerspace . The film crew interviewed a few folks about their projects, communities present and hackerspaces in general. I cannot wait to see what comes through in the final cut. 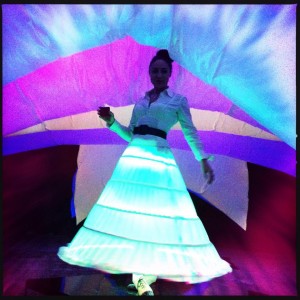 Illuminode wow’d the crowd by showing their networked garments on some of the adorable children. 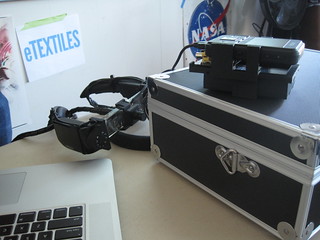 Eric from Epson was kind enough to demo and explain some projects with their Moverio Android controlled wearable display. 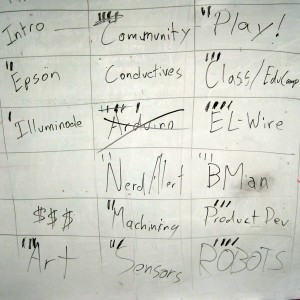 Given the amount of folks that were planning to attending and our limited space, I went for an unconference like format. It went quite well with minimal upfront work. My aim was to most quickly get everyone in BOF sessions where the space would be less of a constraint.

I would strongly suggest this model of allowing half the time for side discussion to anyone organizing meetups in the future.

I really appreciate everyones patience and participation in the process. It was amazing to see what everyone is working on and very exciting to see how far we’ve come. I was very happy that we got to take the interested folks aside for skills development.

What’s NEXT????  We may never know, but I would bet there are going to be a lot more wearable tech projects coming out of LA. We’ll likely have some side conversations and try to boot up another event in March;)