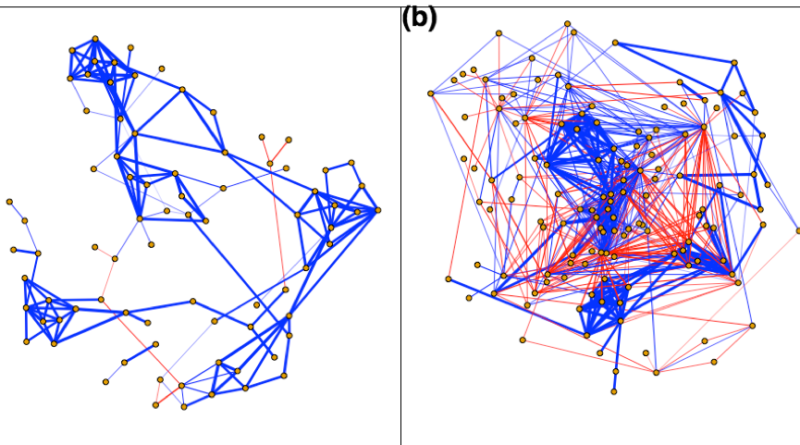 As part of my graduate research I’ve been building some new tools to try and determine how healthy watersheds are using patterns of diversity across their constituent streams. The results, which were just published in Ecology and Evolution, suggest the following:

Without going too far into the math, this is the ecological equivalent of saying something about the social conditions of cities just from looking at the structure of their Facebook social graphs. The implication of all of this is that we may be able to start assessing the health of other types of ecological communities just from these patterns of co-occurrence between species, rather than know the particular identities of the species involved.