Last week our meeting to determine the next big project got a lot of interest, and in discussions since, the Sparkles 2 project has elicited strong support.

Sparkles 2 is our plan to build a new version of our mascot, Sparkles The Soldering Unicorn, that is capable of moving around, and has onboard radios and features for interaction. 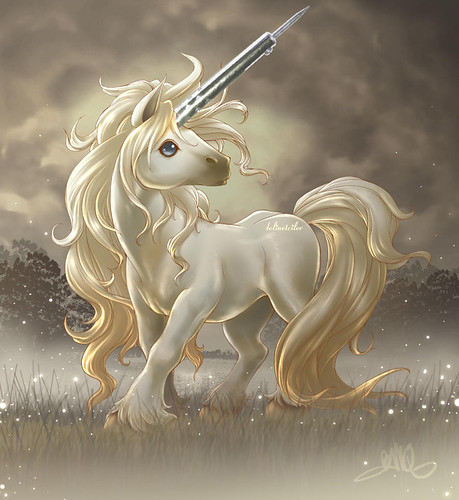 So we’ve started the project in earnest, and will be focusing our upcoming classes on the design, features, and hardware.

We have a tumblr to track resources, inspiration, and pictures of the project: http://sparklestherobotunicorn.tumblr.com/

On Monday, February 7th at 8pm, we’ll have a design meeting, laying out the features, research areas, and necessary components for the first version of Sparkles 2. If you have a gadget or feature you think Sparkles just HAS to have, or have insight into the path our prototyping and research phase will take, come on by.

February 14th we’ll be discussing radar and radiolocation in general, and what systems sparkles will be able to use to see what’s where.We’ll have some cool demos, and possibly a version of what will actually be on Sparkles.

February 21st we’ll be discussing Zigbee low power digital radios, we’ll have a bunch of zigbee radios in the house, and talk both behavior and hardware. It’s a good bet one will end up on Sparkles, and we’ll talk about exactly what they’re capable of, how to use them for your own projects, and where to get them.

As our mascot, Sparkles is enduringly popular, and I think our robotic version will only be more so, as well as give us a platform to test cool mobile radio applications, show off our stylish hacker sensibility, and give people something really cool to look at, producing videos and pictures to get crashspace in the interblawgs more. 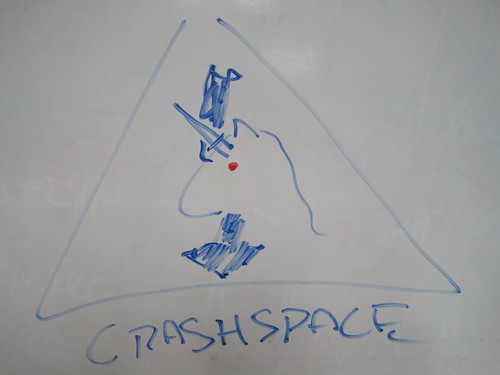 Get in touch with me if you have any input or ideas. outlawpoet@gmail.com