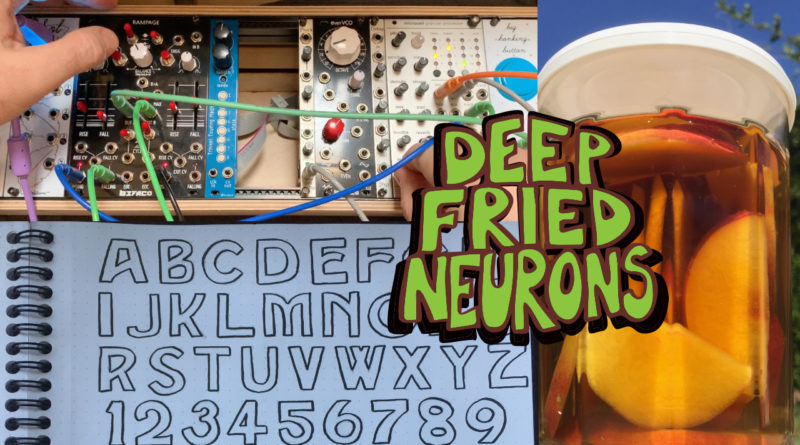 This week represents a pivot. Barb suggested a “30-day Journal” project so we wouldn’t have to keep shifting gears each week. Each of us will pick something we’ll spend some time on everyday for 30 days.

For my 30-day project, I decided to make 30 typefaces, since I have been doing lettering doodles for quite a while now, and it seems like a fun, meditative challenge. So I busted open my newest dot book and got rolling with it. I like taking inspiration from all over the place, and this is also a good opportunity to learn more about typography, so I have begun poking through various tutorials and actually getting down all of the terminology that I kinda half-knew. I’ll report back when I’ve got real opinions about the best options, but I’m poking around these at the moment: https://www.creativebloq.com/graphic-design-tips/typography-tutorials-1232719

I’ve decided to do “30 sounds, one per day”.  I’m a bit behind, but here’s a Youtube playlist of what I have so far and the corresponding Bandcamp album. These are to be sounds. Not tracks, not songs. Just interesting sonic experiments. I want to make sounds I’ve never heard before, or sounds I’ve always wanted to create. For tools, I’m making myself use only hardware music gear, no Ableton Live, no VSTs. And minimize the use of MIDI sequencers. (The tracks thus far are made rhythmic purely from envelope generators) Some homemade gear might make an appearance and that could fun too.

While I like the idea of changing pace so we weren’t shifting gears from week to week, the idea of producing an artifact-a-day seemed intense. I’ve picked more of a new habit. I’m calling it a 4 o’clock infusion. At 4 o’clock I’m gonna have a cup of something hydrating, listen to something enjoyable and something manual with my hands. Mostly so far I’ve been listening to Gastropod and knitting the same scarf mentioned in the Hug episode. I kinda wish I was working on a temperature journal scarf because it’d be more thematic, but the idea of objects as journals/witnesses to history has a nice ouvre around it none the less.

I made a sheet to write notes on with a fancy font on the top so I could feel like it was a tea service menu. (Blank PDF Available)