Crash Space has been busy in 2010! Reflecting back on the first year of our humble hacker space, it’s surprising to see all the projects, events, and activities Crash members have pulled off here at the space (and abroad). I’ve pulled together a few memorable moments here in this Top N List for 2010.

1. The Vimby/Scion Hacker Space Challenge
Last summer we were asked to participate in a contest to build a project for a web series involving 5 hacker spaces across the US. Funded by Scion, designed and judged by Mitch Altman, and filmed by Vimby. This event brought all our members together to help build Store Front Music and have an epic party. 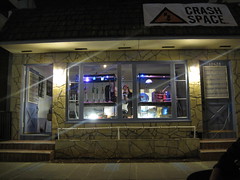 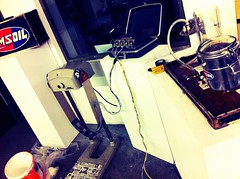 2. Roboexotica 2010
Invent a robotic drink making machine and bring it to Vienna, Austria for the annual Roboexotica competition. We built The Exciterator from parts lying around the space and won the award for “Most Pleasurable Side Effects”.

3. Sparkles the Soldering Iron Unicorn
From a hastily drawn prototype to full-color reality, this electrically augmented pegasus melts lead on contact while maintaining her infectious smile. Need a third hand for some tricky soldering? Sparkles’ got ya covered! 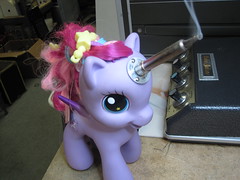 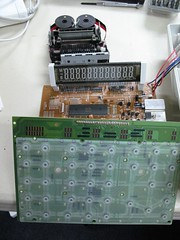 4. Take-Apart Tuesdays
What to do after the regular meeting every Tuesday? We have screwdrivers, wirecutters, and a sawzall. Let’s take things apart! Thus Take-Apart Tuesdays was born and soon we had many cool items to explore and cannibilize. From discovering exactly how a calculator works to looking at the monstrous internals of a larger-than-life HDTV projector, this is a crowd favorite.

5. Radio Mondays
Every week, here lies a lesson and conversation on anything related to radio emmissions. Wireless communication, Ham radio, TV, Unmanned Aerial Vehicles, space-faring balloons, and more. Did you know a Jacob’s Ladder showcases early radio transmissions? At Radio Mondays, you have a chance to discover why. 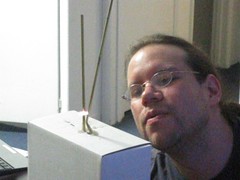 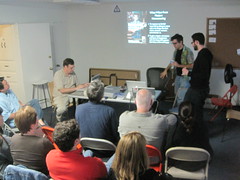 7. Hand Made Music Night
People make things. Some of those things make music. So let’s have a night where people who made music making things make music! Some electronic, some acoustic, all awesome. The event brought together musicians and sound enthusiasts from all over LA for a night of audio discovery. This popular event will happen again. 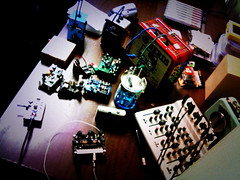 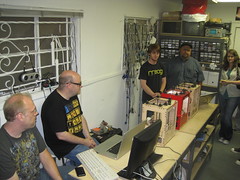 8. Makerbot Concerto
Crash Space had the largest concentration of Makerbots on the West Coast. We took those Makerbots and with the help of a talented composer, they played a tune through the movement of the bots’ servo motors. With the digital and mechanical components, it’s a cross between electronic and industrial music. The Makerbot Concerto took place on Hand Made Music Night.

9. Mega Take Apart/E-Waste Roundup
We collect electronics. Harvest the usable parts. And haul the leftover shreds of metal, plastic, lithium, etc. to an e-waste center. We call it Mega Take Apart. Other people call it reduce/reuse/recycle. 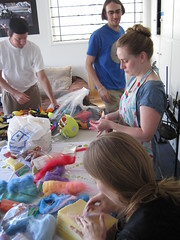 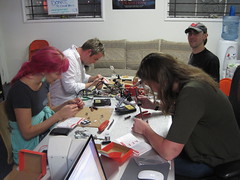 11. Crash Space Classes
If you want to learn it, someone at Crash Space can probably teach it. Schooling newbies and giving a chance for experts to freshen their skills, Crash Space classes cover all kinds of topics and projects. Make a TV-B-Gone. Learn all about 3D printing on the Makerbot. Build and program and Arduino microcontroller. Write your own Nintendo DS games. Classes are good for your thinking thingy. 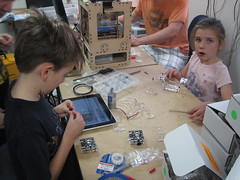 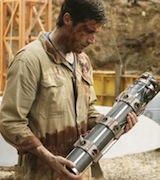 12. Movie and Game Nights
When not inventing new circuits or repurposing off-the-shelf ponies, a night of offline entertainment makes for a fine time. Board games, card games, and tile games one night, zombie and sci-fi movies another. It’s fun to hack, but we, too need some downtime.

13. Lost Season Premiere – in an alternate timeline this would be #1
Forgoing the usual Take Apart Tuesday, we hooked the tv to an ancient visual transport system called a Roof Antenna to intercept transmissions of the season opener of the TV series, Lost. Nothing is quite like watching a weird, mysterious TV program in a room full of hackers. “You call that an atom bomb?!”

Bonus! The CrashCam Flickr stream all in one go: