It’s the end of December, the end of 2009, and the beginning of everything. We’ve had keys to the space for about two weeks now but after our last meeting it was obvious we needed more here besides a floor, walls and a roof. We’ve been working on that a lot over the last week and now have a bunch of work benches, some tables, a lot of chairs and several piles of hardware around that we’ll soon be setting up and plugging in.

This weekend saw our first “real” event with the MakerBot MakeIn. Lots of people came by and MakerBots were built from scratch. 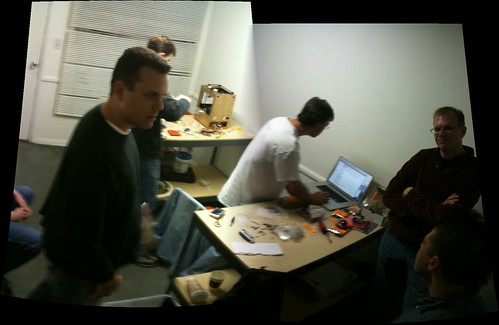 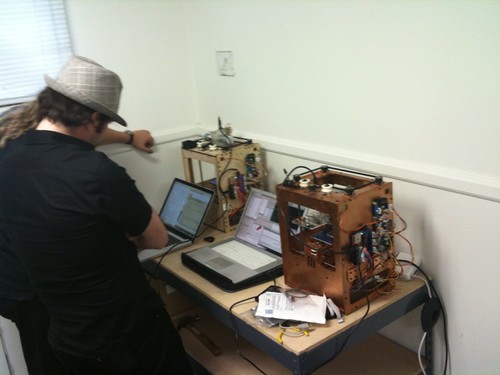 Jerry posted a ton of photos and I’ll try to get him to make a post here talking about how it all went down. Regardless it was a huge success and we were all delighted that so many new folks from in town and old folks from out of town were able to swing by and join us.

Additionally we’ve discovered some absolutely amazing Indian food not 2 blocks from the space, which I suspect will quickly become our regular feasting place. 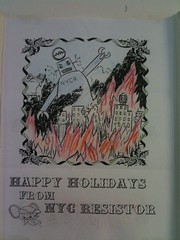 We also got our first non-bill mail at the space, this holiday card from our friends at NYC Resistor which quickly became the first non-informative-sign we taped to the wall. Speaking of NYCR, they just put up a great post on their blog reflecting on the last year, and looking towards the next. While we still have a few details we’re trying to get sorted out (connectivity at the space being the most noteworthy) this is a great thing for us to keep in mind as we approach our first real month of existence. Thanks everyone for making this possible, I can’t believe how far we’ve come in in the last 2 months!

One thought on “First Week Wrap Up”