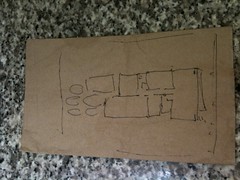 We met up at Swingers in Santa Monica and spent most of the time talking about a potential space I found last week. It’s in Culver City and meets many of the requirements we laid out at the last meeting. Another visit is being planned this week and we’ll decide if we want to move on it, but it looks like it could be promising.

Other things discussed were fund raising and sponsorships, next steps for flushing out the wiki and this blog, the weird musical choices at Swingers, things we can do with roof access, and the value of getting in on the ground floor. Or something like that. Our next meeting will be in a week or three, see you then!

One thought on “Meeting #2”