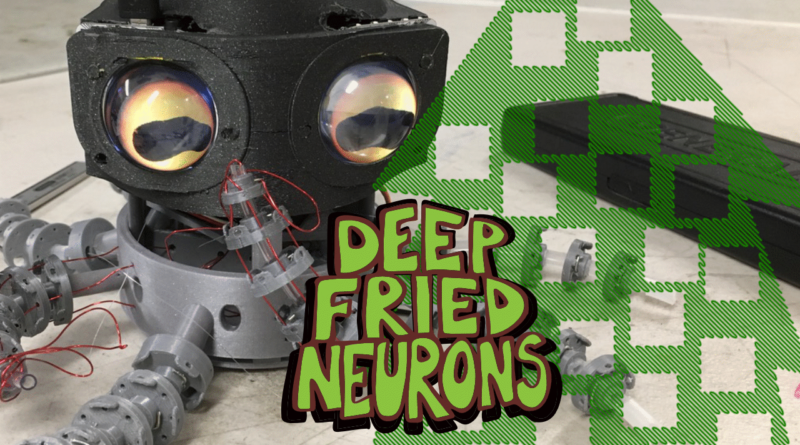 Coming up Friday at 5:30 pm PDT members Barb Noren (BarbMakesThings), Tod Kurt (todbot) and Carlyn Maw (carlynorama) get the December holiday season rolling. We all like the idea of celebrating some joy at the darkest time of the year, even here in SoCal where it’s 70+ and sunny. Barb’s celebrating Fishmas. Tod and Carlyn are plotting something…

For my December holiday decorations, I decided to highlight the underrepresented holiday of Fishmas. Note that this is not the Icelandic fish marketing campaign  which launched in fall of this year and reportedly occurs at least twice a week, but marine creatures’ original winter solstice holiday. (Go watch the video on that page, seriously)

In any case, for my celebration of the TRUE Fishmas, I will be performing new Fishmas carols and working on my robot octopus familiar, Nixie. I started working on Nixie in 2019, so she has a good amount of progress already, much of which you can find on my YouTube channel. Here is a playlist if you would like to catch up. This week I’ll show the progress I made after my channel hiatus began, including the head, new arms, and glowing suckers.

We’re making a plotter Tree! The Evil Mad Scientist Axidraw SE/A3 is making its debut in our house holiday style. Neither of us have any plotter experience, so to get to know our plotter we’re making a New-Years count down calendar based on the advent calendar tradition. The Word advent comes from the Latin adventus “a coming, approach, arrival.” Many countries and religions have a holiday-count-down traditions, including a Yule Candle, Solstice Candles and julekalender style Christmas shows. We’re going with New Years Day as what we are OMG so so so waiting for.