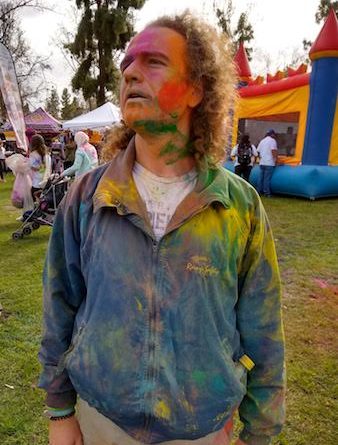 Those of you who know me are aware of my love for both ecology and Taco Bell. This is why the last few weeks have been an emotional whirlwind as I have both successfully defended my doctoral thesis and received a rejection from the literary journal Taco Bell Quarterly.

If you want to watch a recording of me defending my thesis here it is. For those of you running low on Russian novels during the quarantine I can also email you a copy of my thesis (I’m over here: levisimons at gmail.com). More importantly though, I’d like for my rejected Taco Bell Quarterly piece to see the light of day. So here it is:

With a perverse pride, stemming from years of honing one’s affections, I take another sip of the exuberant teal fluid called Baja Blast Zero.  It’s a color which rarely appears in nature with the exception of highly poisonous creatures (stay away from pretty frogs), or those creatures which want to appear deadly.  Not sensing any immediate terminal state I take another sip and decide my drink is merely trying to psych me out with its color.

I’m fortunate in my life to both be pursuing a doctorate in biology, as well as work in a lab across the street from a Taco Bell.  While I believe a love of Taco Bell reflects well on a person’s character I cannot necessarily say the same thing about being a graduate student.  Pursuing a doctorate doesn’t mean you’re intelligent or fun to be around, it just means you’re willing to think about a few things for so long that everything else is colored by it.  This is partly how science progresses, but as a lifestyle it’s like looking at Magic Eye pictures all day just so you can get good at it (it’s an elephant holding balloons with its trunk, cute).

Which brings me back to my glowing cup and side glances from my lab mates.  I start to think about my Baja Blast as one of those poser frogs in the Amazon.  I wonder what role my bright bucket of coloring and flavoring agents plays in the Taco Bell ecosystem.

Usually a species evolves in an environment as a member of a community, with its traits reflecting millenia of interactions with everything around it.  Think of Darwin’s finches, where different beak shapes evolved to take advantage of specific local food sources.  Often each organism in an ecosystem looks like a well formed puzzle piece in the vast tapestry of mixed metaphors which illuminate our biological world.  However, sometimes a species just ends up somewhere.  It doesn’t matter much if it was a storm, a new land bridge, or some bored humans.  Like a new kid in junior high that species, if it gets a foothold, is just going to stand out.

What then?  In biology we have a concept called ‘ecological fitting’.  The idea behind this theory is that the particular type of species doesn’t matter, just the role it can play in an ecosystem.  For example, an ecosystem doesn’t really care if you’re a platypus, it only cares if you can root around in the mud and eat those tasty tasty grubs.  Or, in other words, nature doesn’t care about your name, just your place in the organizational chart.

What of the ecosystem that is the Taco Bell menu?  Much has been written about how it is so fully alien, so removed from any supposed origins in Mexican cuisine, that we could hardly consider any of the ingredients to have co-evolved with each other over the centuries.  Yet Taco Bell, with its Dorito taco shells and hash browns, doesn’t just persist but thrives.  Do we have precedence for such an ecosystem, where everything is thrown together and still make up a functional ecosystem?  It turns out, on a small island in the south Atlantic, we do.

Ascension island lies roughly equidistant to Brazil and Angola, and was completely unknown to any human beings before the 16th century.  It wasn’t of much interest to anyone for the next three hundred years until the British set it up as a naval station in1815 just to keep watch over Napoleon, who was interred on the even more remote island of Saint Helena for good measure.  For the next few decades Ascension remained a naval fort perched on a dry and nearly barren volcanic rock, too far from any other coast to have received the sort of castaways upon which more verdant island ecologies grow from.

This began to change in 1843 when the English botanist Joseph Hooker, of Kew gardens fame, visited the island.  During his visit he noted that as humid air rolled over the island it often condensed as a layer of fog towards the summit.  While the landscape was mostly barren volcanic rock, Dalton had an inkling that it and the morning fog were enough of an environment to get something started.

Being a well-traveled botanist Hooker had seen a certain type of habitat, known as a cloud forest, where plants grow in fog dense enough that it condenses on their leaves and drips down into the soil.  With the encouragement of his friend, Charles Darwin, Hooker put together a plan to try and jumpstart a cloud forest in the middle of the south Atlantic.  Over the coming decades he led the effort to bring plants from all over the world to Ascension.  This started with the hardiest plants, which were put at the summit where the fog was thickest.  As these plants took root they captured some of the fog, and began the process of slowly breaking down the volcanic rock into soil.  Upon this foothold more and more species of plants were placed, drawing up the water percolating into the new soil and expanding the range of both captured water and soil.

This process became self-sustaining, so that by the end of the 19th century a cloud forest with species as varied as bamboo, eucalyptus, and banana covered the entire summit of Ascension.  In the following centuries this forest, composed of plants from all over the world, has continued to expand down the mountain.

Certainly there are practical benefits to the residents of Ascension of not living on a remote cinder with almost no water.  However, I find that there’s something beautiful about this isolated, yet cosmopolitan forest.  Every species was brought there in an evolutionary blink of an eye, and yet it all holds together because their roles still work together.