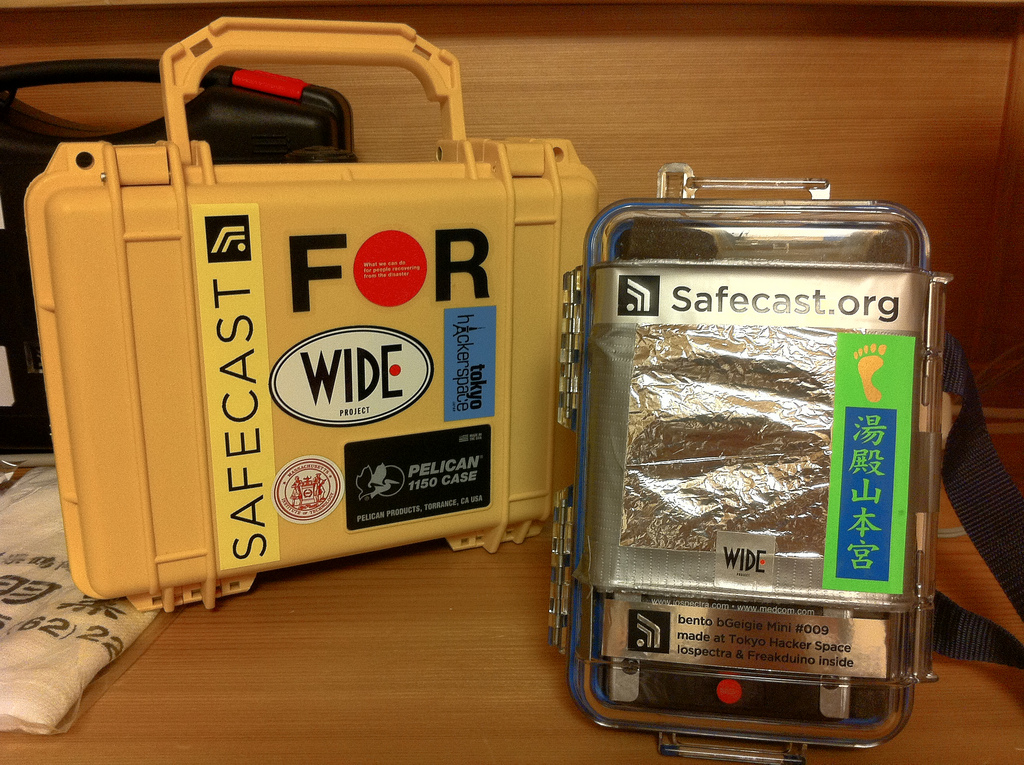 Hopefully you already know about Safecast – they are a group of hackers and volunteers who are working to map radiation levels in Japan after the 3/11 earthquake earlier this year and providing all the data freely and openly for anyone to use. In doing this they realized the need for this kind of data outside of Japan as well and are teaming up with some hackerspaces to help fill in other areas around the world on their map!

The main way they are taking these measurements is with a device designed at The Tokyo Hackerspace called a “bGeigie” – it’s basically a geiger counter paired with an arduino and a GPS module which gets strapped to a car and driven around. Starting with the US (if this experiment works we’ll add the rest of the world soon) we have the idea of doing a bGeigie Hackerspace tour. The plan is, one bGeigie will make it’s way around the country, from hackerspace to hackerspace, measuring and mapping all the way. For a hackerspace to participate, the agreement would be to drive the device around your city taking a ton of readings, uploading the data to Safecast, and then physically driving (taking readings along the way) the bGeigie to the next closest participant. Ideally this will start and end in Los Angeles here at Crash Space, so with any luck the route will be a big giant loop. Depending on who volunteers.

Want to get in on the action? AWESOME! Please fill out this interest form and we’ll start planning the route right away.