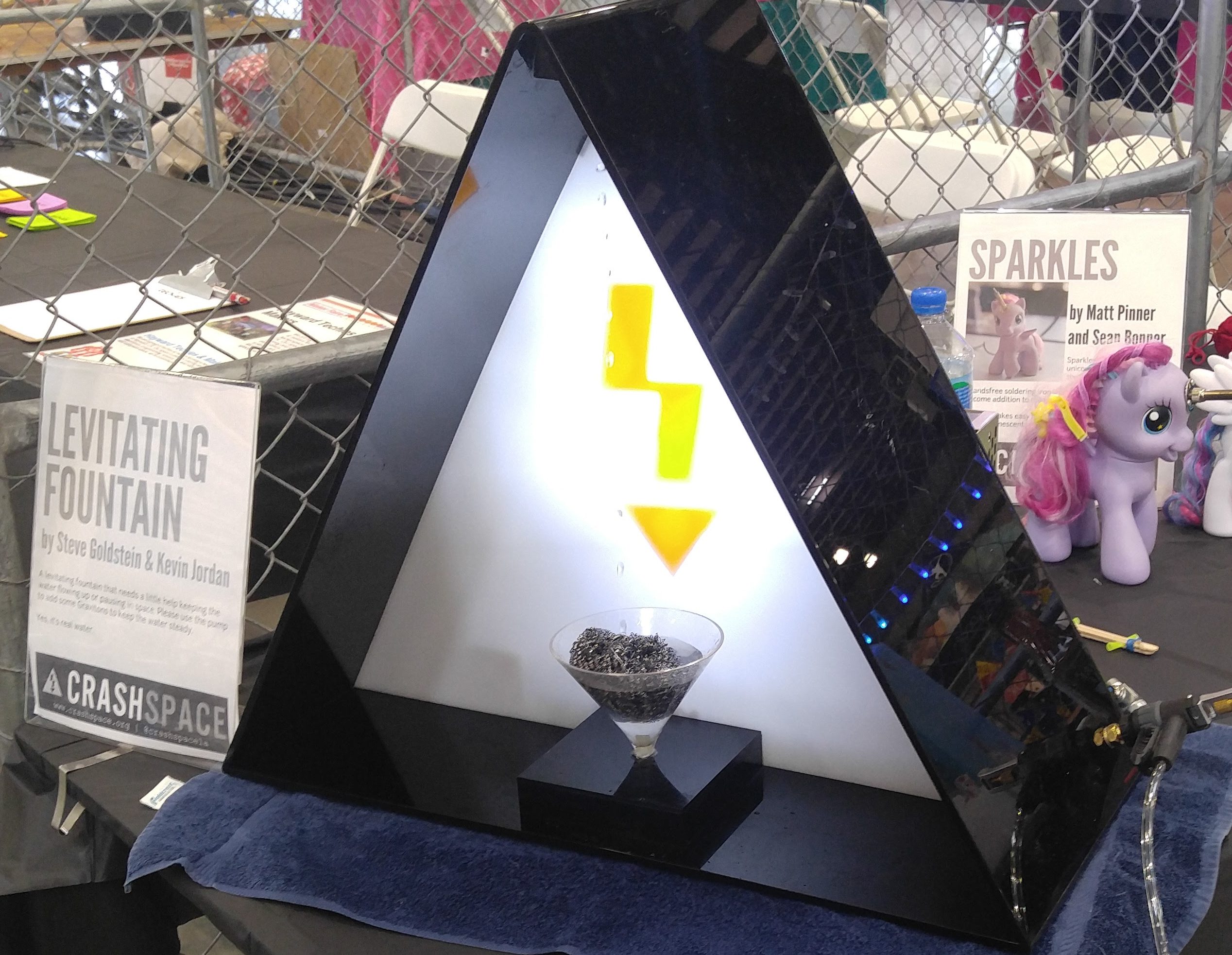 Steve Goldstein and Kevin Jordan confused a plethora of stunned Makerfaire makers with their levitating fountain. 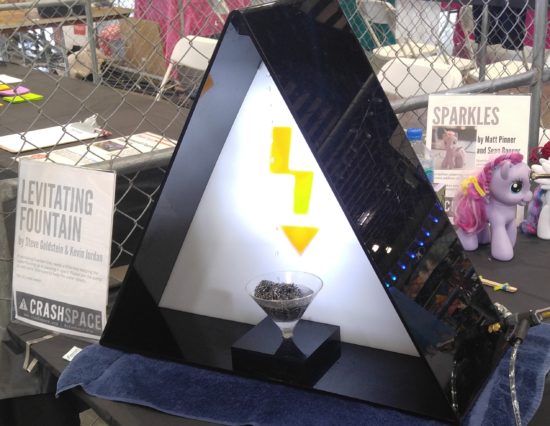 We used an oscillating pump to create a constant stream of equal droplets for the old trick of water that looks like it stands still using a strobe light. Luckily, we have too much time on our hands and a lot of junk hanging around. We modified the stroboscopic effect by adding a standard bike pump hooked up to an air pressure sensor then had an Arduino Nano change the strobe frequency of a high powered LED strobe light.

The effect is stunning in-person as the user of the bike pump feels like they are pumping air into the stream of floating water to make it float to the top. Our fellow maker faire makers were really in disbelief.

Thanks Mike at Hackaday for this awesome video!

Checkout his entire write up over at Hackaday.

It was great hanging out at the CrashSpace 2017 booth with Theron, Barb, Jay, Michael, Tom, Matt, Mark, Wendy and the thousands of people who came by to say hi.

Another really great project. A levitating fountain. This is an extremely challenging project to create.

Edit 5/25/2017: Figured out a way to record a variable strobe without those annoying bars.