One of the goals of the event was to introduce hackers, coders, designers, and artists to one another, to enable interdisciplinary collaboration on a prototype. The event’s theme, much like it’s name, was EXTREME. Extreme conditions (be they natural, political, etc.), extreme attempts at unplugging from “the grid”, or extreme efforts to support safety and security.

4 of the 6 teams at the event had at least one Crashspace member, and we also had our co-founder, Carlyn Maw, involved as an expert on hand for the teams to consult with on their ideas. In the end, Crashspace teams took home 1st, 2nd, and 3rd place from the competition! [Edit: and we were mentioned in Hackaday!] Here’s a little bit about our projects:

Alia adds an intimate human connection to help people improve accountability and improve their behavior. Specifically we decided to discuss this within a world of digital dependency. We aim to help people unplug from their devices by keeping them subtle connected to their most trusted friend via touch.

We built two working prototypes that allows you to monitor your partners progress based on their sensors and settings. Then whenever you with to nudge them, merely tap the device.

You too can make a set with these parts. The source code and designs are available on github. The documentation is here in the header : https://github.com/mpinner/alia/blob/master/Arduino/alia_v0/alia_v0.ino 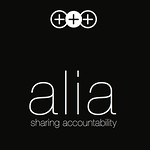 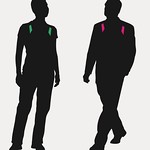 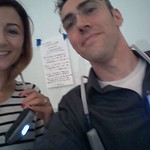 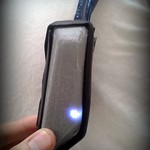 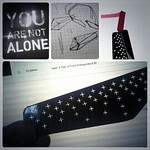 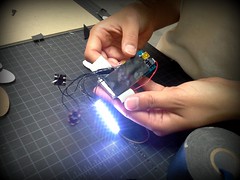 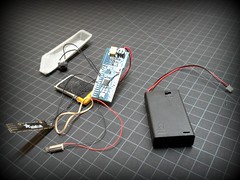 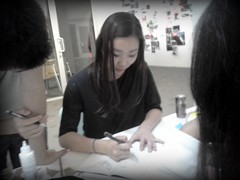 The goal of Signal Obscura is a functional concept piece intended to help everyday people retain control over their data and traceability, in response to the seemingly limitless reach of our current surveillance state.

Signal Obscura is, in short, is a flexible, wearable Faraday cage. It functions by blocking the signal between cell towers and your cell phone. Building one of your own is very simple. (Instructions coming soon.) The model below also features blue LEDs which glow in response to the strength of nearby cell towers, bringing awareness to how exposed the wearer would be to having their data collected, were they not wearing the scarf.

To activate Signal Obscura, you simply place your cellphone within a special pocket. While it is inside, you are “off the grid”. To deactivate, all you have to do is remove your phone from the pocket, and it goes instantly back to normal function.

Signal Obscura is not a replacement for other security measures (end-to-end encryption, Tor, etc.) but simply adds another layer of control to the user over the times and places when others may have access to their data.

And if you’re wondering to yourself “Why not just shut down the phone when it’s not in use?” Well, two things:

5 thoughts on “CRASH Space at the Extreme Wearables Designathon”