Back in January, I put together an LED matrix and slapped it on my backpack to test how it would work as a safety light for cycling in the streets of Los Angeles at night. For a functional prototype, it actually looked pretty cool, and fetched me a ton of compliments from passers by.

So I decided to make a bigger version with a bit more polish. (You can learn how to make your own here!)

Like the prototype, this version uses an Arduino Pro Mini and the Adafruit NeoMatrix library. But on this one, the RGB LEDs are separated and soldered together with 1.5″ pieces of SparkFun’s 3-Conductor Conductive Ribbon. 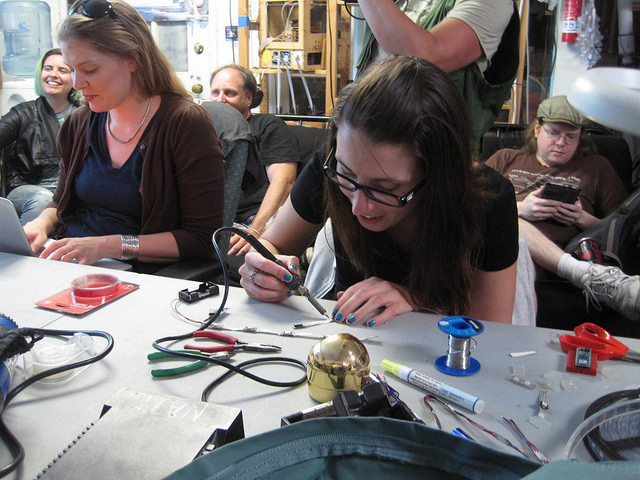 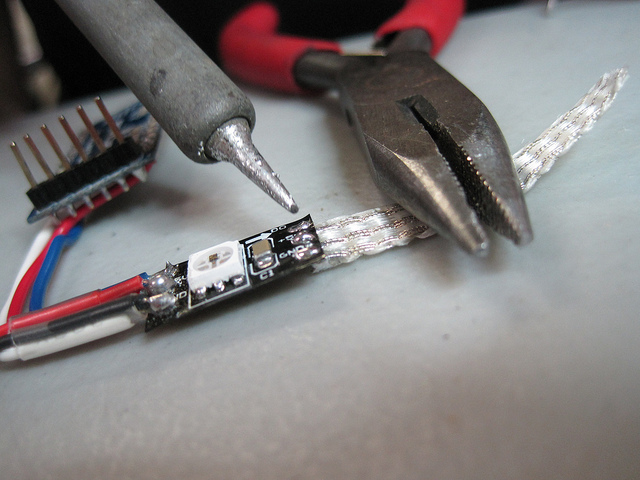 The random sparkle pattern is obtained by intentionally screwing up the NeoMatrix configuration, eg. setting the Arudino position as “BOTTOM-RIGHT” when it’s actually in the top-left, and setting the arrangement to PROGRESSIVE even though it’s soldered as zig-zag. (If that last bit sounds like jibberish to you, check out my tutorial here on Instructables on how to configure your LEDs for the NeoMatrix library.) Oh, and I sewed some orange cloth over the whole thing to make it look pretty. (With a little hole at the top, for easy access to the Arduino, and to allow for minor repairs.) 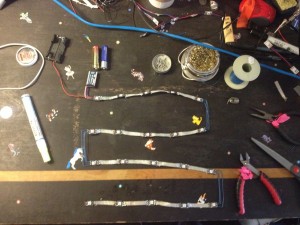 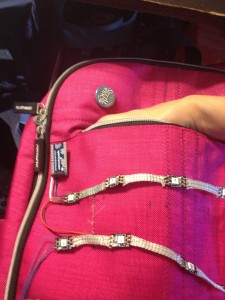 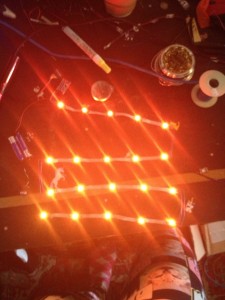 Since I built this at Crashspace, Matt Pinner saw my project in-progress, and was inspired to make his own LED Matrix Bag. More for fashion and fun than safety, Matt’s bag is hand-crafted from leather and sparkle fabric. Hopefully he’ll do a whole post on it, because it looks awesome and is super professionally made. His LEDs are configured very similarly to mine, but with the added feature of being motion-reactive, so the circuit sleeps and saves power when not in use. 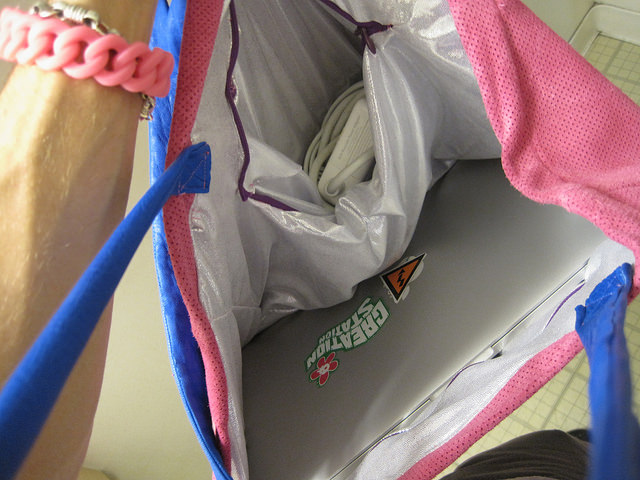 [EDIT]: This project was featured on the front page of Instructables, and in the Technology section! 😀 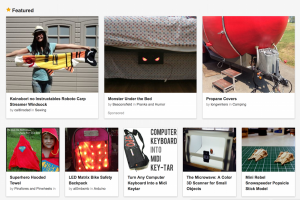 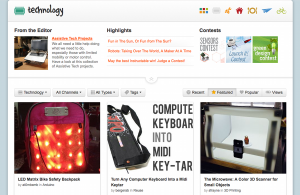