So, I bought a Galaxy Note recently. I’m not sure if you’re familiar with the Note, but in short, it is a Really Big Phone. Soon after, I bought it a sweet sweet wallet case, and it became Even Bigger. (Bigger, yet awesome, and now capable of holding my credit cards!)

This caused a bit of a problem in situations where I was used to having a more “standard-size” phone. Particularly, this became an issue while driving, as the phone no longer fit into the convenient cubbie in my car. I considered buying a car mount, but they were all slightly less than ideal in a number of ways, and to top it all off, would require me to take my phone in and out of its awesome wallet case multiple times per day. Oh, what’s a hacker to do?

Why, BUILD HER OWN CUSTOM CAR MOUNT, of course! 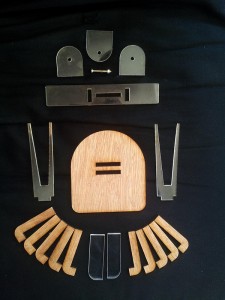 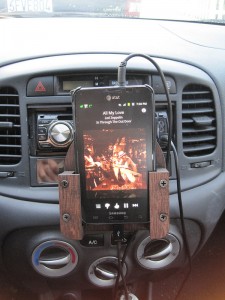 Check it out on Thingiverse!