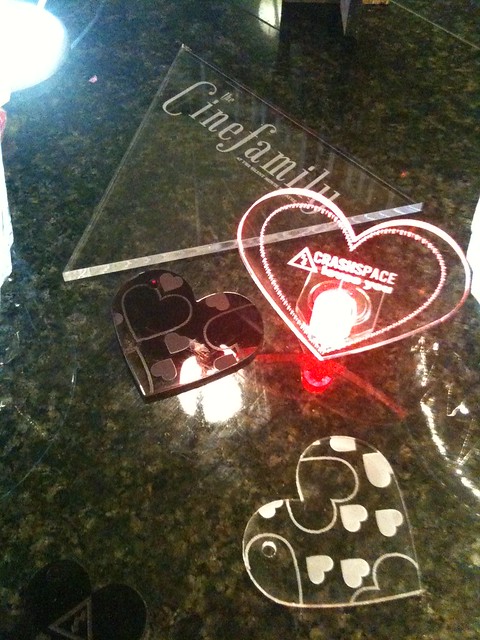 This past weekend we participated in the Cinefamily Pajama Party screening of Electric Dreams. There was dancing, smashed-monitor-into-valentine’s-day-card making, photo booth action, etc. Rusty Lemorande even put in an appearance, answering questions about some of the behind the scenes action of how things went down (note to self, knowing Barbra Streisand, not a bad idea)

One of the things we brought to the table(s) were these little LED Hearts Lights. We’ve put them on Thingiverse and on Flickr. This is our first thing on Thingaverse officially. Don’t worry. We’ll make more.

If you haven’t heard of Electric Dreams, here is the Culture Club video of one of the songs they have on the Soundtrack.

[Update 2011-02-15] We’ve added our extras to our store for for anyone who would like an original of their own: CRASHSpace LED Heart