March 22, we hosted a Brown Dog Gadgets Solar Panel event, at which we tested out some of their 5W panels, sent to us by the folks at Instructables. We discovered which of the pins on usb ports are dedicated to power (the outside ones), and hooked up multimeters before standing out on the sidewalk in a no doubt odd-looking circle, staring at equipment and saying little. One person had a Neopixel ring hooked up to a trinket, which ran great off of the solar panels. 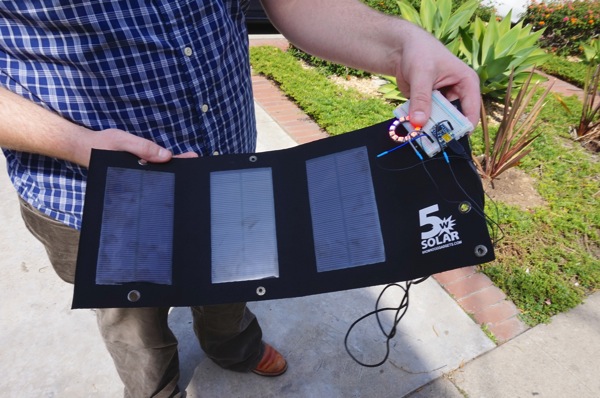 One of our panels was a little quirky, so we began to open it up and discovered a wonky connection on the usb breakout board, which was easily fixed. These panels might let you charge up your phone, slowly. Dante estimated that it would take about six hours to charge his phone from one in bright afternoon sunlight. So, while fun, they aren’t entirely prepared to rock our worlds. But, hey, solar! 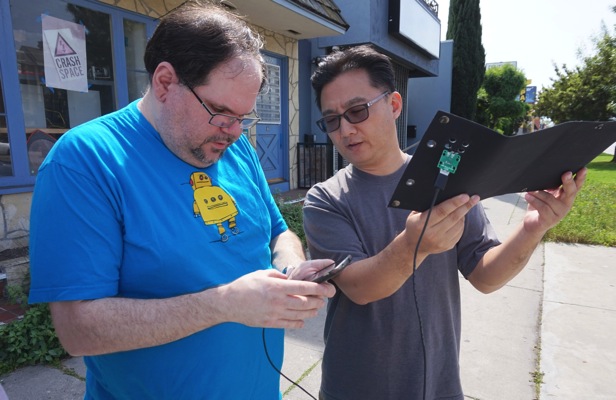 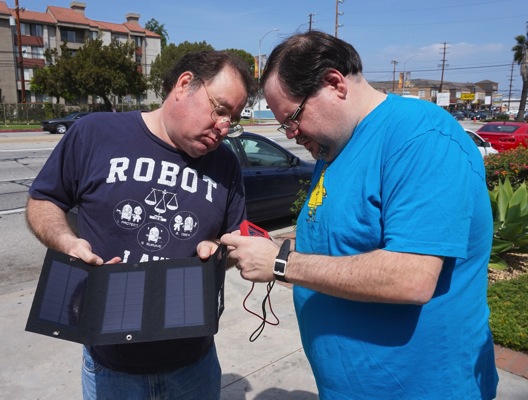 Our own Jen Fox and Barb Noren will be writing up project tutorials for the solar panels, so keep an eye out for those. Barb plans to make a solar powered light-seeking robot using these panels and e-waste. Jen’s plans are mysterious and spooky.

We will also be hosting Build Nights in April (InstaMorph moldable plastic) and May (Raspberry Pi/Adafruit), so be ready for more fun!