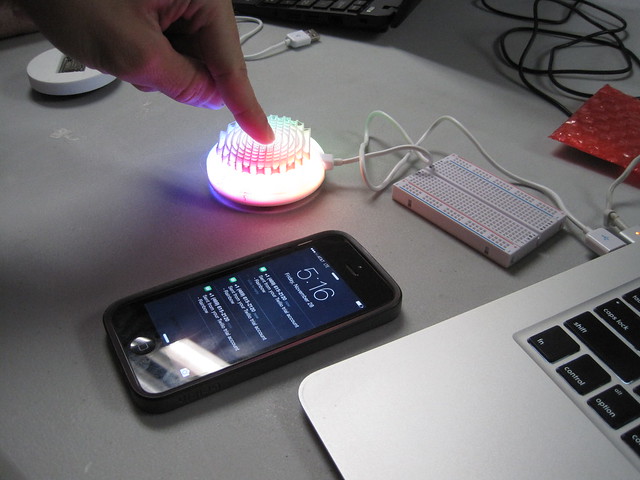 We had a really good turnout and raised $190. Matt led the charge, Metal kept things lively (and taught me how to deal with a broken strand in a Bukito), and I took it way too seriously for a while. Nevertheless we learned a lot about the Spark Core device and how to get them working. 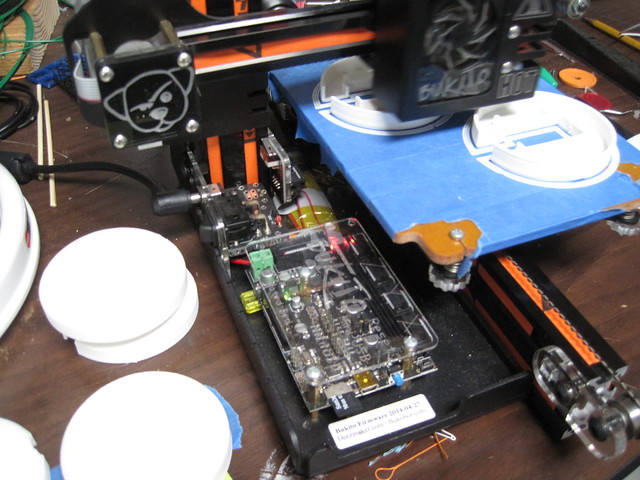 By the way, I can’t thank Barb enough for designing the two kinds of covers for the Cores with Internet Button shields: flat topped, and domed. Pimptastic!

Each of us found different ways to break the Cores, rarely trying to do so:

On the positive side: 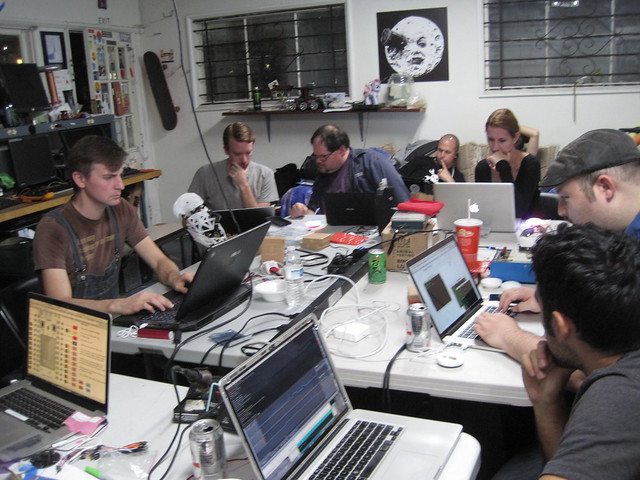 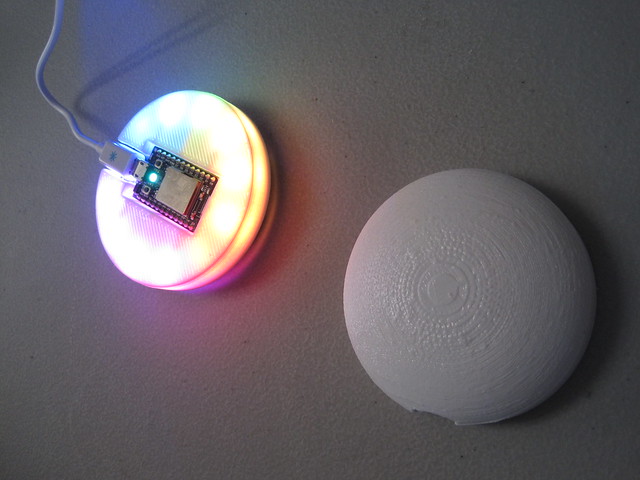 I will submit docs to Instructables once I have everything in steps-and-pics order.

I'm an extrovert working from home. This is part of my social outlet. Ask me about setting up Linux boxes from parts you've found. I've only built a few hundred such machines.