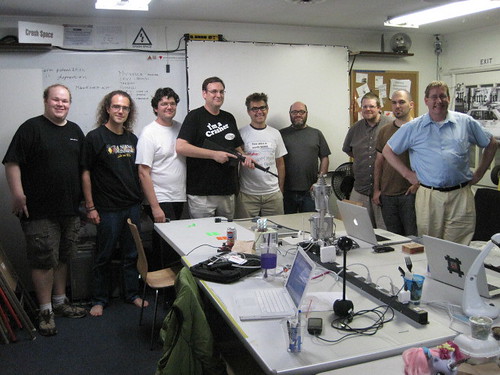 Make Magazine is the ultimate printed resource for folks looking for Do-It-Yourself projects that generally involve electronics, crafts, and hands-on science. So when Editor in Chief Mark Frauenfelder suggested the idea of having a night where Crash Space would host a Show and Tell of projects people have been working on -AND- the presenters could score a paid gig writing about the project for Make, we jumped at the chance!

Friday night, we had a dozen projects to show off and Crash Space members presented them in a fun discussion format guided along by a 10 minute timer. Mark found all of them to be possible candidates for various sections of the magazine. A feature article, full DIY write-ups, one-page overviews, projects in three steps, and a potential new section entitled “ReMake” were all exciting possibilities.

The night was an awesome example of the diversity and creativity people have in devoting their time and energy to a project. We explored a side of invention that includes the practical, the instructional, the important, the ground-breaking, and just plain cool. I hope to see these projects covered in future issues of Make. But more than that, I am excited to see how others discover,  build, and expand on these projects and go on to make their own. 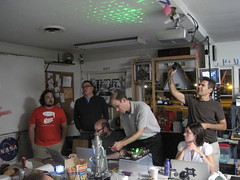 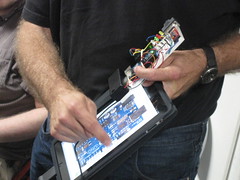 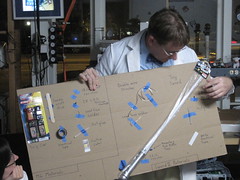 The next Pitch Make Night is expected in about a month. Let us know if you have a project YOU would like to show and tell!

7 thoughts on “Show and Tell for Make Magazine”