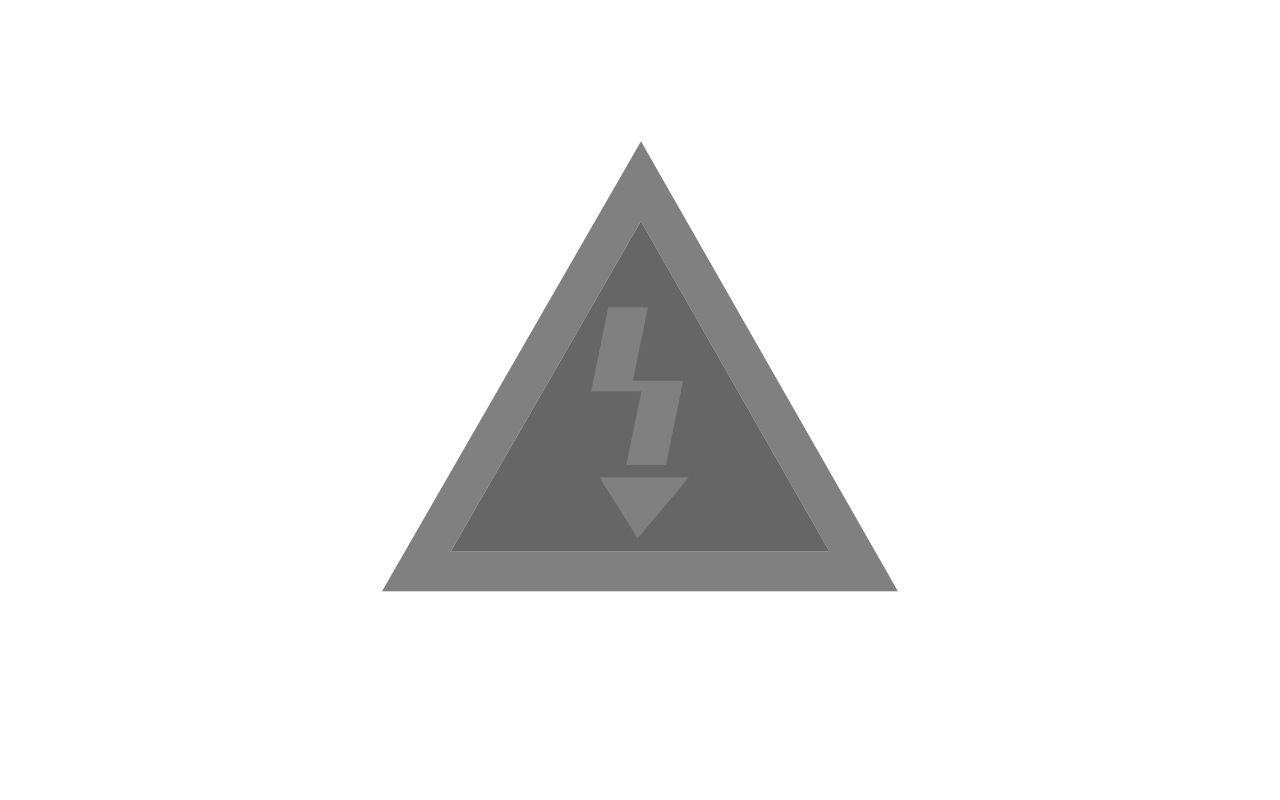 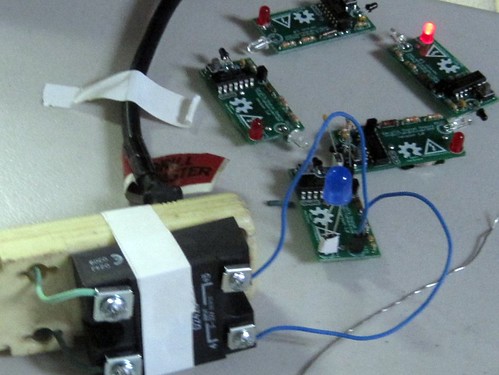 What are the digital dominoes? Everyone asks.

Our Digital Dominoes are a physical demonstration of causality or chain reactions. You know, the domino effect.

One can use these simple timing elements to make some impressively complex interactions and oscillators. One can experiment with the components of the domino to gain a better understanding of the circuit and electronic principles involved. 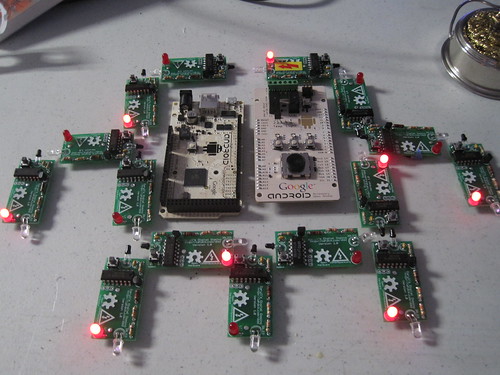 I started by playing with different colored LEDs most wouldn’t light or barely lit. This is because the red LEDs for the domino kit are particularly low power. Adding an extra battery enabled an entirely new range of possible outputs. 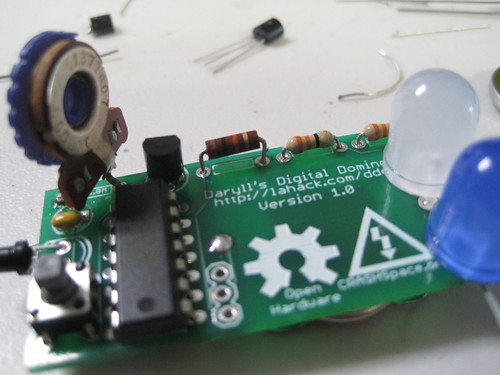 I played a little with the timing. We employ a common RC Circuit to set the timing of the domino pulse. Our mix of components lends it self to a particularly pleasing one-third of a second delay. This make the smallest oscillator, 3 dominoes, pulse once each second. Trying different resistor values generally led to much faster as the standard resistor used is 6.8M and much higher than your average potentiometer. 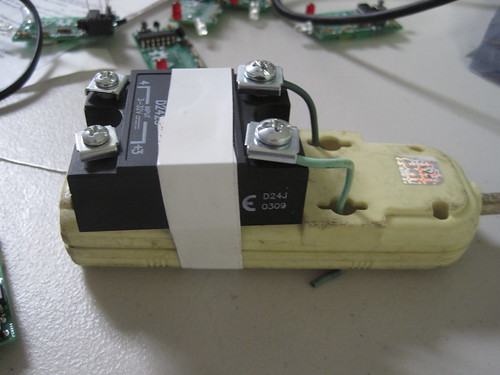 Putting this all together with a big solid-state relay was particularly gratifying. The relay was a gift from our lovable rocket man, Micheal Clive. Incorporating it made for much higher powered fun and a little bit of a fire hazard. Only try this with having handy your power shutoff and fire extinguisher.

Buy some if you dare

One thought on “The Digital Domino Effect”